On December 6th President Trump announced that the United States was recognizing Jerusalem as Israel's capital. Here is some background:

J When the British conquered Palestine from the Ottoman Empire, in 1917, they found a city that had been largely neglected. Of course, it had been the destination of Christian pilgrims, religious Jews, and Muslims (to a much smaller extent) for centuries. A mere two decades earlier, Jerusalem had begun to be expanded beyond the confines of the old walled city. Meanwhile, a new city was beginning to grow along the Mediterranean. Founded just eight years earlier, Tel Aviv rapidly became the symbol of the growing Jewish population in Palestine.

The British established their administrative control of Palestine in Jerusalem. While the Zionist enterprise in Palestine rapidly grew, with British support, Tel Aviv became the location of most of the national institutions and almost all of the industrial and commerce activities — even serving as the home for impressive international fairs. The UN resolution of 1947, calling for the establishment of both a Jewish and an Arab state in Palestine, had divided the borders between the Jordan River and the sea into two states — by-and-large trying to include the existing Jewish populations in the Jewish state and the residing Arab populations in the Arab state. The largely uninhabited Negev desert was allocated to the Jewish state in the resolution.

The problem of what to do with holy city of Jerusalem was resolved by declaring it an international city. The Jews of Palestine accepted the UN Partition Plan, while the Arabs did not. In the period between the UN Partition resolution on November 29th 1947 and British final withdrawal on May 15th 1948, a civil war took place between Jews and Arabs in Palestine — with the better organized Jewish forces generally winning.

When the British withdrew, the State of Israel was declared by the Jews. The surrounding Arab states invaded, vowing to destroy the state before it could be born. The Truman administration rapidly recognized the new state, giving it international legitimacy. During the war that ensued Israeli forces were largely successful on most fronts, with two major exceptions — those being the Jewish Quarter of the Old City of Jerusalem, which was captured by the Jordanian Legion and the Jewish settlement bloc to the South of Jerusalem, called “Gush Etzion”.

The war ended, not with peace, but with an armistice agreement. That armistice agreement did not settle Israel’s borders. In fact, in early December 1949, the UN General Assembly passed a resolution calling for the placement of Jerusalem under international trusteeship. Israel accepted the concept that the holy places should be under international supervision but rejected the demand that the whole city be so controlled. Israeli Prime Minister Ben Gurion stated:

“From the very first days of our provisional government, we made peace, security and economic consolidation of Jerusalem our principal care. Amidst the stress of war, when Jerusalem was under siege, we were compelled to establish the seat of the government in Hakiriya, near Tel Aviv. For the state of Israel there always has been and always will be one capital only — Jerusalem, the eternal. So it was 3,000 years ago and so it will be, we believe, until the end of time.”

Israel quickly moved its parliament to the divided Jerusalem.

The United States and the world never officially recognized Israeli sovereignty of the Western part of the city, and the Americans established their embassy in Tel Aviv. During the 1967 Six Day War, Israel captured the Old City of Jerusalem, as well as all of the West Bank, thereby reuniting Jerusalem and giving Jews access to the Western Wall for the first time since 1948. Israel, however, decided to allow the Muslim Waqf (religious council funded by Jordan) to maintain responsibility of the Temple Mount, where large Muslim Mosques are located.

During this whole period, a strange state of limbo existed. The Americans, and almost all other foreign governments, maintained their embassies in Tel Aviv — which indeed remained the vibrant cultural and economic center of the country. At the same time, foreign dignitaries and representatives, had no problem meeting with Israeli officials in their offices in Jerusalem. American Presidents, starting with Richard Nixon did not stay in Tel Aviv when they visited Israel, but went to Jerusalem, which Israel had determined to be its capital. Even the late Egyptian President, Anwar Sadat, met with Israeli Prime Minister Menachem Begin in Jerusalem, when he came to Israel. And where did Sadat speak to the Israeli people? Sadat spoke from the podium of the Knesset in Jerusalem. Despite these events and milestones over decades, the American government has refused to recognize any part of Jerusalem as sovereign Israeli territory.

In 1995, the US Congress passed the Jerusalem Embassy Act, which calls for the United States to move the Embassy to Jerusalem. However, the act contains a provision for the move to be postponed (in six month increments), if US security interests determine that decision to be preferable. Such has been the case since 1995. Every six months, every President of the United States, whether Democrat or Republican, has deemed it in US security interests to delay the decision. 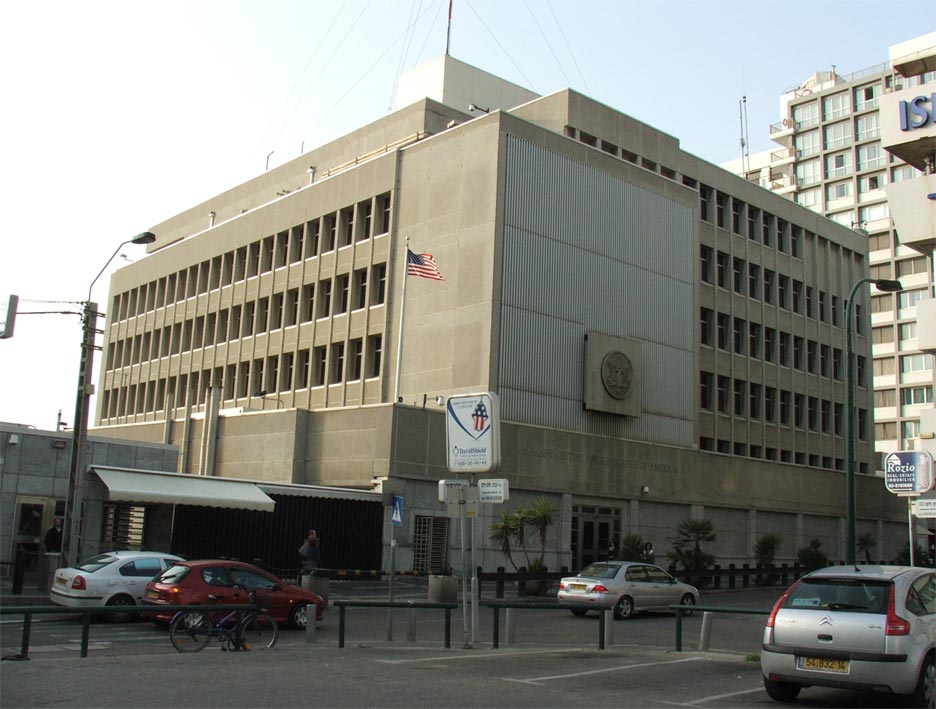