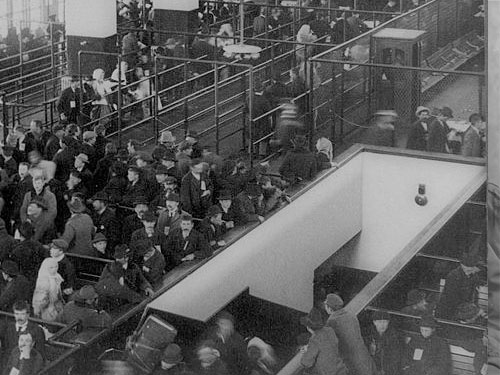 The growing anti-immigration feeling among nativists and other racists resulted in the passage of the Johnson-Reed Immigration Act, an act which had its basis in racist studies which demonstrated that immigrants from Southern and Eastern Europe were not as bright and capable as those from Northern Europe. The act resulted in a change in the base year for admittance from 1910 to 1890, before most Jews and Southern Europeans had begun to arrive.

The effect of the act was dramatic. An example is the immigration of Greeks. The earlier bill was based on the 1910 census, in which there were 101,282 Greeks in the United States. Thus the Greeks were entitled to 3,038 immigrants per year. The new law's criteria for the issuance of visas was based on a population of 1,887 Greeks in the United States in 1890. Thus, Greek immigration was limited to 38 people per year.