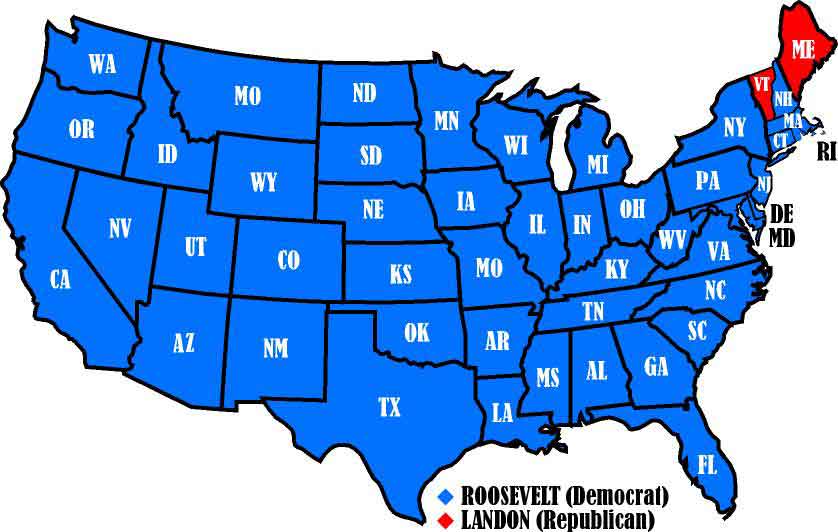 Roosevelt's reelection campaign began with a dramatic nightime State of the Union Address to Congress - broadcast live on radio. This broke Congressional tradition; the only other time a President had addressed the congress at night was Wilson's Declaration of War address. Throughout the following nine months, the President campaigned as President, making inspection tours of various New Deal programs through the entire country. Roosevelt was nominated at the Democratic convention by acclamation. His opponent was Alfred Landon, the Republican Governor of Kansas. Roosevelt won by the biggest landslide in American political history, 27,750,000 votes for Roosevelt vs. 16,660,000 for Landon.