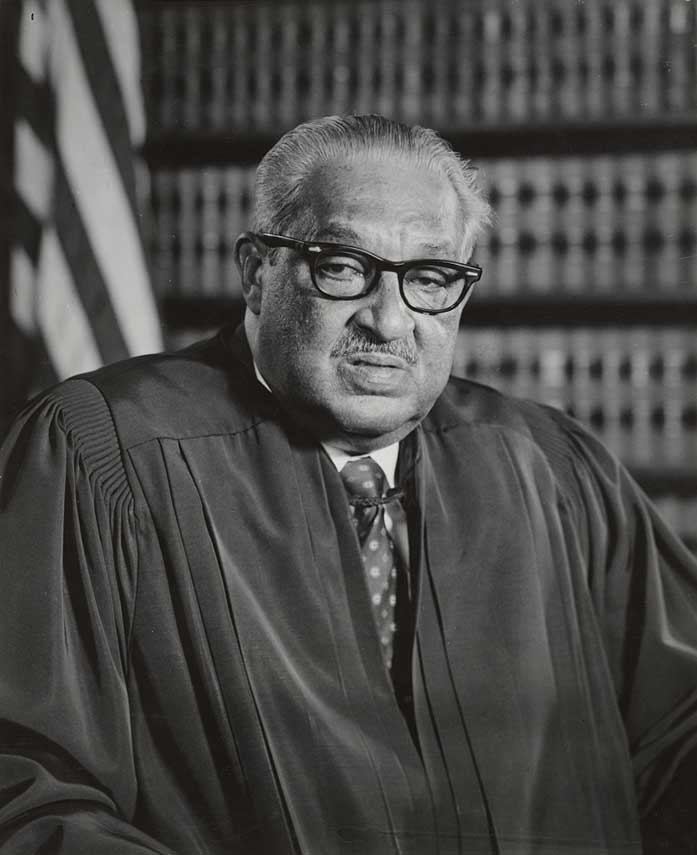 Thurgood Marshall was born on July 2, 1908 in Baltimore Maryland. He went to public school and graduated third in his high school class. He went to Lincoln College and Howard Law School where he graduated first in his class.

After graduating he opened a private practice where he represented the National Association of Colored People in many cases.eHe ventually headed the organization's Legal Defense and Education Fund. It was Marshall as chief counsel in the landmark Brown v. Board of Education case who argued before the Supreme Court in 1954.